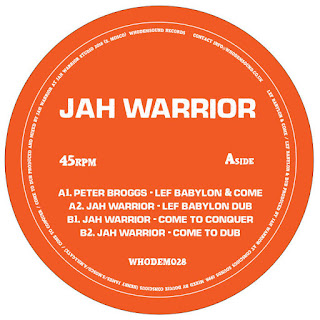 Late, but you can relisten that audiocast now!

At the beginning of this show, there is a wonderful label special from the Jah Warrior Records. The Jah Warrior Record label, with its unmistakable music, has release many first-rate musicians. The music with its powerful and elongated bass is a milestone in the reggae cosmos. All that power Jah Warrior music, is infallible!
It is not surprising that another top label appreciates the work of Jah Warrior with a strong 10 inch, the speech is from the WhoDemSound release number 28 (WHODEM028 picture).

Last but not least, the musicget more electronic  accompanied by Young Echo Crew.

Some experimental vinyl goodies, a exelent gin and a fine party.
No more words, big up Torsten and Rico!


Thanks for feedback.
Listen to Vibes Promotion live: every friday at 8 PM CET on raggakings.net