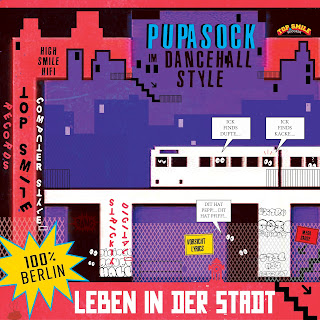 A new episode of vibeful music is waiting for you!
A few songs from the new and hot Pupa Sock album called "Leben In Der Stadt" @Top Smile Records are included this time.
Krak in Dub huge Amazonite LP is also heard. As the program progresses, the music gets more and more bass, till the big SAMBA EP @ Crucial Rec. and Cid Poitier lgs. Wends @ Sub Clef Rec.

Finally, there are reggae from the nice Legends of Jamaica Series by SCOOPS Rec.(Vibronics) with Micheal Prophet, Earl 16 and Rod Taylor.

For information about songs get in contact.
Reggae-Reggae-Dub-Bass-Dubstep-Steppa music~~~~~~stricktly VINYL

Listen to Vibes Promotion live: every friday at 8 PM CET on raggakings.net